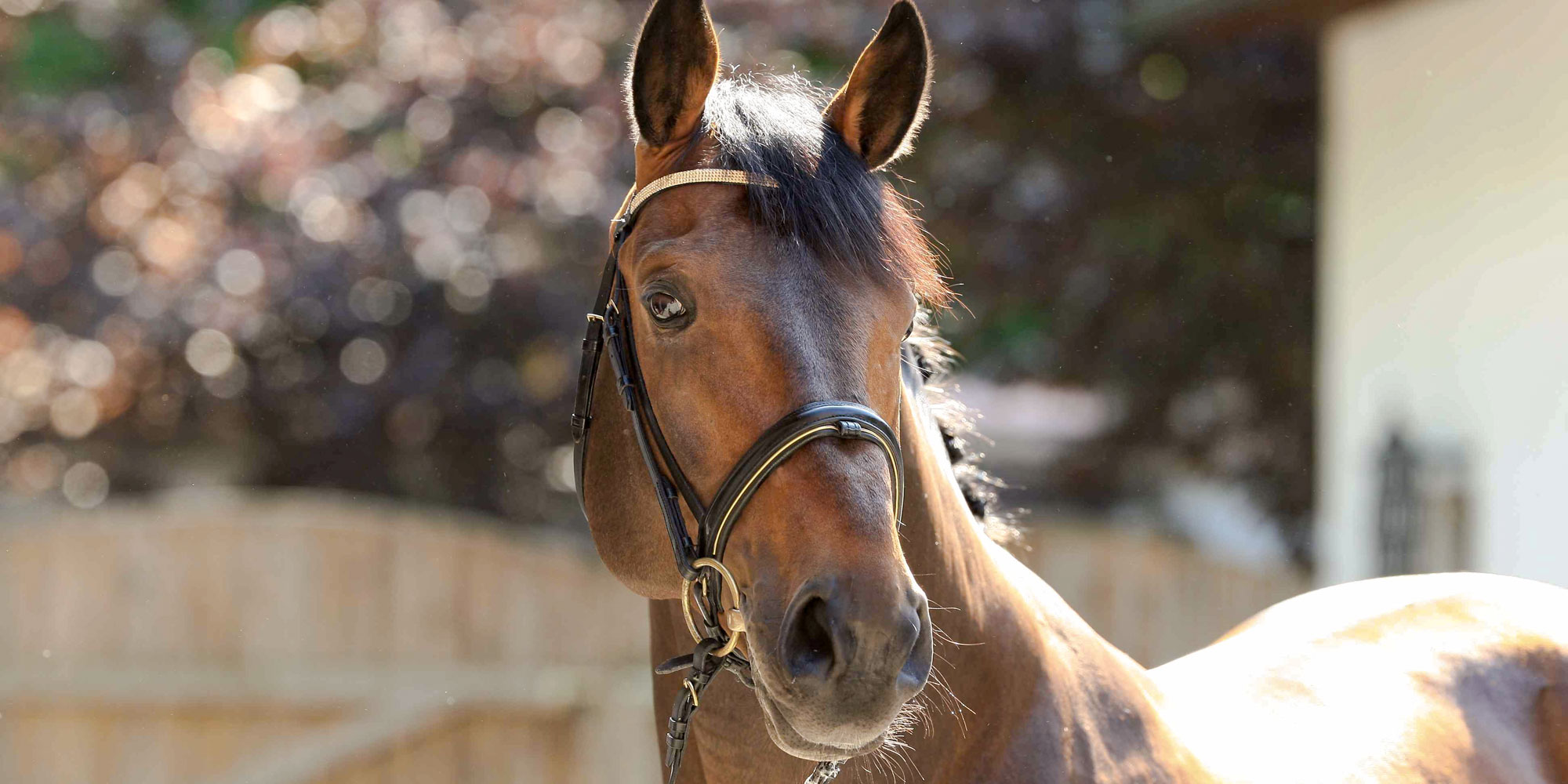 Augustin OLD was a Mother's Day present. Sissy Max-Theurer wanted an August der Starke foal out of her State Premium Mare Weinrubina - and the natural birth took place exactly on Mother's Day in 1999.

The sire August der Starke OLD (by Argentinus-Landadel) was the top of the auction price in Vechta, winner of the stallion performance test and was highly successful presented by the young Victoria Max-Theurer in the Grand Prix class up to the European Championship qualification.

The Rohdiamant-daughter Weinrubina, also called "Wiener Mädel", who goes back to the line of Weinperle, produced the State Premium Mare Augustina from the same combination. Augustina was the dam of the premium stallion and European Youth Championship participant Roi du Soleil and the also licensed Roseborough (both by Rosandro). Augustina's full sisters Austria and Aurelia are also bred at Gestüt Vorwerk.

Augustin was born on 8 April 2000. Strongly resembling his sire August der Starke OLD in appearance, quality of movement and willingness to perform, he was also to follow in his hoofprints in sport.

Horse of a Lifetime: Victoria Max-Theurer and Augustin become one of the highly successful dressage pairs - with valuable victories and placings all the way to the Olympic Games, World and European Championships.

The couple's trainer was riding master Hans Max-Theurer. He was already responsible for the training of Sissy Max-Theurer's Olympic Champion Mon Cherie and the other Grand Prix horses of mother and daughter.

At the age of seven, Augustin won the Nuremberg Burg Cup, the unofficial German Championship for young dressage horses aged seven to nine. Already in the qualification, the St. Georges Special of Munich, he won with more than 75 percent. "In my opinion, Augustin is the outstanding young horse par excellence," was the verdict of judge Dr. Dietrich Plewa at the end of the competition.

At the age of eight Augustin already had his first victories and placings in the international Grand Prix class in Achleiten/AUT, Stadl-Paura and Aachen.

At his first championship, the European Championships in Windsor/GBR, Augustin OLD, who has been accepted into the Oldenburg Sport Promotion Squad, and his rider Victoria Max-Theurer piaffed their way up to fifth place in the Grand Prix (74.00 percent), the European Special (75.95) and the Freestyle (79.00).

Open article from the Reiter Revue

Place six for Augustin OLD and Victoria Max-Theurer in the Dressage Grand Prix of Aachen. However, the pair had to withdraw from the World Equestrian Games in Lexington/USA. Augustin OLD had two severe colic operations in late autumn 2009. Since his recovery, he has been fed and trained according to a very special plan. Both would not have been feasible in the quarantine for the entry into the USA in the usual way.

Augustin OLD started with a second place in the final of the Meggle Champions in Dortmund/GER. At the European Championships in Rotterdam/NED he took ninth place in the Grand Prix. He then won the Austrian National Championship in Himberg-Gutenhof.

Augustin OLD had his Olympic debut in London/GBR. Ridden by Victoria Max-Theurer as an individual pair, his score of 79.05 percent in the freestyle final placed him 13th.

In the same year, Augustin was ranked eighth in the FN's ranking of the 20 most successful dressage horses.

At the World Equestrian Games in Caen/FRA, Augustin OLD reached the sixth place in the Special (77.857 percent) and in the Freestyle (81.036) - after serial victories in the Grand Prix tours of Achleiten/AUT, Fritzens/AUT and Cappeln. With the performance in the Grand Prix (sixth place with 77.144), Team Austria also ranked sixth in the team classification.

With a double victory and a result of over 80 percent in the freestyle in Fritzens/AUT, Augustin OLD says goodbye to the sporting stage.

His portrait, painted in oil by the artist Heike Landherr, is hanging at Gestüt Vorwerk.

Augustin's statue in bronze, designed by the artist Wolfgang Lamché, adorns the forecourt of the Max-Theurer family's riding facility at Schloss Achleiten in Rohr/AUT. He is enjoying his well-deserved retirement there, well cared for.

Augustin celebrated his 20th birthday. Among the first well-wishers, besides the proud breeder Sissy Max-Theurer, was of course her daughter Victoria with her partner Stefan Lehfellner.